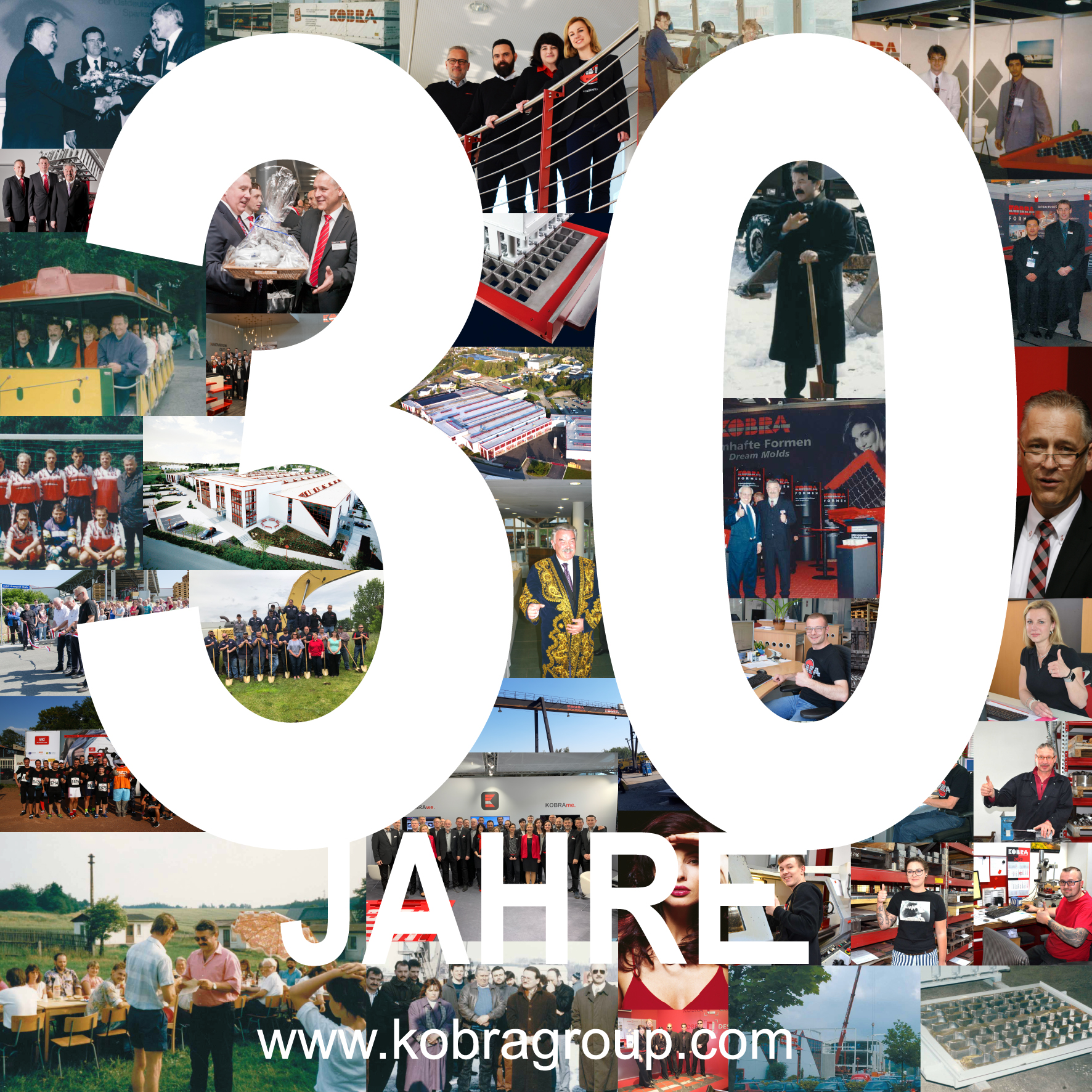 In 1991, the concrete block industry gained a strong partner for the future. With initially 50 employees, Mr. Braungardt and his team managed to make KOBRA a name in the market. And this within a few years. So today we can celebrate proudly 30 years of KOBRA. And this after countless milestones in the development of the company, whose path was certainly not always easy,

Meanwhile, our working group has grown to over 400 employees. With six subsidiaries as well as partners worldwide, a comprehensive service is also offered. But, what particularly consolidates this company from the beginning, is the distinctive cohesion in the region. From the production of every product component in Lengenfeld, the safeguarding of regional jobs, to the increased cooperation with Vogtland companies. KOBRA has remained true to its origins. And so we thank all of KOBRA’s current and former employees for the dynamic and close-knit cohesion that has been built up over the years. For newly formed acquaintances and friendships and for the constant belief in KOBRA’s success and further development.